A corollary of that statement, therefore, is that the pining which a devotee has for the Lord is the most important. In fact, on one occasion when a student asked Swami,
“Swami, how does one know that one is the recipient of God’s Grace?”, Swami replied,
“When one is able to think of God and feel God (pine for and seek God) without actually making efforts, know that he/she is the recipient of God’s Grace.”

Swami never said that the one with whom He speaks the most or the one who has received the maximum number of interviews is the blessed recipient. Nor did He speak of the ‘blessed one’ in terms of how ‘close’ he/she was to Him. He always emphasizes ‘dearness’ to God over ‘nearness’ to God.

Now let me come to the special episode of SMSK. SMSK was a silent guy - one year my junior. He used to study well, play well and keep a smiling face always. He was well built but very gentle by nature - truly a gentle giant. The year was 2004. It was a period when Swami (Sathya Sai Baba) was giving us students several chances and opportunities to put up programmes in His divine presence. These programmes were an opportunity no doubt, but the Master used them to teach lessons for life. The focus of this narrative is one particular programme that we planned in which there was the story of King Parikshit.
For those that are not acquainted with King Parikshit’s story, here is a short summary of the story.

Parikshit was the grandson of the mighty Pandavas and he began to rule the kingdom after his grand-uncles gave up everything in the quest of God. One day, when Parikshit had gone hunting, he lost his way. Tired and thirsty, he approached a hermitage where he saw the sage Shamika in meditation. All his pleas for water fell on deaf ears as the sage was lost to this world. In irritation, Parikshit picked up a dead snake nearby, placed it on the sage’s neck and moved on. The sage’s son, Shrungi, was furious when he saw a snake on his father’s neck and uttered a curse,

“He that has done this despicable act shall die of a snake-bite seven days from this day.”
The power of the words of a pure soul are such that they come true. Swami says that one who leads life always immersed in Truth is blessed by Truth in such a manner that all that he/she says will become the Truth!
Parikshit came to know of the curse and spent his last seven days on earth listening to the glories of the Lord. These stories have today come to constitute the eternal Srimad Bhagavatha Purana.

SMSK had to play the role of the thirsty Parikshit who places the snake around the neck of the sage. The part was quite simple - he had to come clenching his neck, cry thirsty, place the snake and move out of the scene. It was a 30-35 seconds piece. But during the practise session in the evening, however hard he tried, he did not look one bit convincing in his acting. The ‘directors’ were slowly getting irritated that he was not able to do even a simple role. Little did they know that The Director had other plans! They tried to teach him, correct him and even play out the role for him to observe and learn. But it was to no avail. After a lot of efforts, SMSK was told to rest for the night and try again the next day.

The next day also happened to be the D-day. And so, the decision was, in case he is not able to do it in the morning, he would be replaced.

A chance to act before Swami is such a blessed opportunity. Greater than the joy of getting one such chance is the sorrow of losing the same after having got it.

Everyone thought that it was this fear of losing a golden opportunity that made SMSK put up a better performance in the morning. When he walked in as the thirsty Parikshit, he at least looked thirsty and his pleas for water were a bit convincing! And so, he retained his 30-seconds role.

The evening came and much to the joy of the students, Swami allowed them to put up the programme. I was watching the programme and then came the skit where SMSK had to do his role. In walked King Parikshit and he really looked thirsty. As he cried out for water, one almost felt like rushing to him with a glass. Everyone in the audience were moved but not the sage. And so, Parikshit put a snake on his neck and moved on. There was no applause or even the semblance of clapping as the programme moved ahead to more serious topics. However, as far as the directors were concerned, SMSK had pulled off a fairly decent job. SMSK was soon forgotten as the other stalwart actors put up a sterling performance. The programme concluded with a rousing applause in the Sai Kulwant hall that had at least 10,000 people seated with Swami.

All the students came together for a group formation when Swami rose from His chair. He called, can you believe it, for SMSK! The gentle giant hurried towards Swami when Swami waved His hand and created an emerald ring. He put it on SMSK’s finger and said in joy, “Ah! Perfect fit!” SMSK got a private photograph of that special moment too.

I was lost in thoughts. SMSK had done well no doubt, but he was not the one who stole the show. Then, how come he was stealing the show now? There were many others who had performed far better than him and they were now standing in a line, watching SMSK get blessed profusely by Swami. I wondered at the rationale of Divine justice that was being meted out here.

It is very obvious now. I was not able to see the big picture! I was like the ignorant geniuses of the 2D world who could not understand the Elephant Theory. 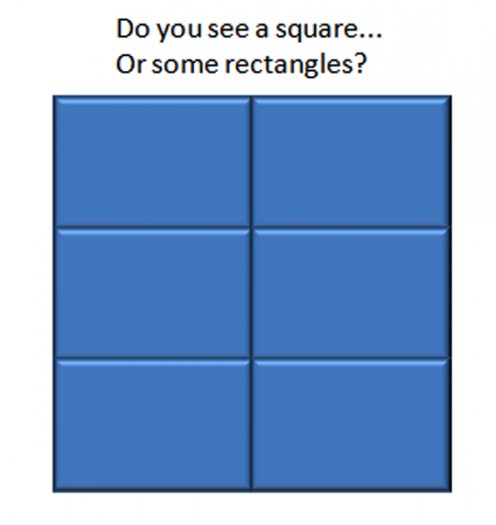 Before I get into a digression, let me complete SMSK’s story.

In the night, I met him by the water cooler. I congratulated him and asked what was the secret behind his performance.

“I felt bad that I was not able to do a small role. I wanted to make Swami happy. So, from yesterday evening till today evening, I did not take in a drop of water. I was really thirsty and my pleas on stage were really the cries of my body.”

I was stunned! I was convinced that I had no idea of the big picture. I mentally saluted SMSK as I watched him gulp down mouthfuls of water.
And now, it would be perfectly in place to quote the story of Sri Krishnamurthy, a clerk of the erstwhile state of Mysore in India. This episode has been recorded in the Part 1 of Satyam Shivam Sundaram, the biography of Bhagawan Sri Sathya Sai Baba.

The experience of Krishnamurthy - 1942

Krishnamurthy was a Civil Service clerk at the Mysore Secretariat. Swami was just 17 years old then and His dress was a white half-arm shirt on top and a dhoti cloth around His waist! Krishnamurthy was one of the early devotees of Swami in a setting where not many believed in His divinity. In fact, he used to literally hound Swami telling Him,
"I know you are God; show me Your real Form!"

When all attempts to evade him resulted in failure, Swami gave him a picture of Shirdi Sai Baba which He materialized on the spot, and directed him to meditate on that.
"Be looking at that picture", He told him and left the house to give darshan to some other devotees at their homes. Swami used to give darshan at homes then! (What lovely days!)
Swami returned at about 12 in the noon. Even as He crossed the threshold, Krishnamurthy let out a huge cry of joy and fainted in the inner room! He had not even seen Swami.When he came to consciousness, he was shivering, shaking and breathing heavily. And he refused to open his eyes. He kept pursuing Swami from room to room, sniffing Him out (!), asking
"Please! Let me touch Your Feet!"

Those were the days when almost everyone who came to Swami was blessed with several interviews. However, when it came to Krishnamurthy, Swami never granted him his wish. Krishnamurthy too, on his part, was stubborn and refused to open his eyes till he could set them upon Swami's lotus feet. When this continued for days, some other devotees interceded with Swami on Krishnamurthy's behalf. Swami reply was simple and firm,
"If he sees my feet, he will pass away, unable to bear the surge of that experience."

The pining of the river to merge into the sea...

And then, Swami gave him vibhuti and sent him home, still not revealing His feet to him.
Though he was sent back home, Krishnamurthy was simply not able to contain himself. With his eyes still closed, he sniffed his way to the Civil Services bungalow where Swami was staying. He walked all around the compound of the house, knocking and banging on almost every door and window. When Swami did not seem to relent, he even gave up eating and drinking.

Devotees began to get worried and they took Krishnamurthy to the hospital. They felt he needed physical and mental treatment. But now, Swami sent some water for him, partaking which he regained all energy and returned home. He had still not opened his eyes! He asked everyone to sing bhajans. God alone knows what he experienced during the bhajans but after ther, he simply lay down with a smile on his face, never to rise again! He had touched the Feet of the Lord; the river had found the Sea. What a highly evolved soul to deserve that indescribable Bliss!
My Story?
Whenever I read this story, I think of the hundreds of times that I have touched His feet! I seem nowhere close to being the river that has found the sea! And that reinforces in me the Truth that pining for the Lord and seeking Him in all intensity is a blessing far greater than the ‘chances’ that He bestows. In fact, each ‘chance’ bestowed is to kindle that irrepressible thirst for Him.

Posted by Aravind Balasubramanya at 9:00 am 4 comments: