Power of the Gayatri Mantra is beyond imagination 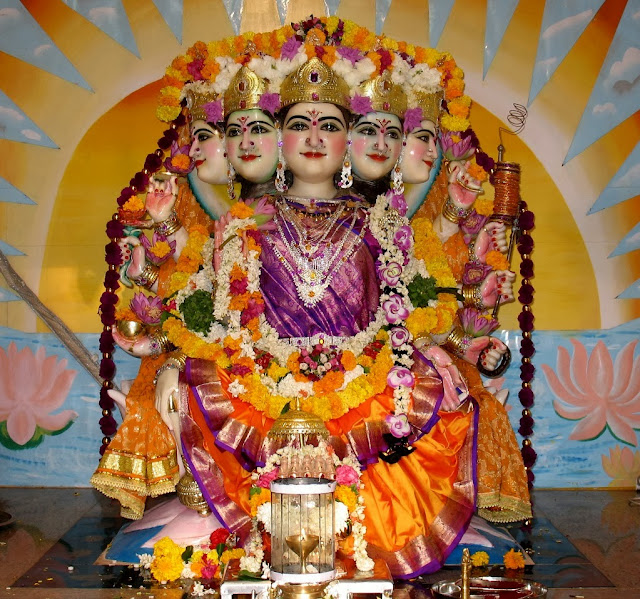 
The Gayatri mantra is considered as one of the most powerful, all-encompassing and comprehensive mantras. Commonly, it is said,


Sarva Vaancha Phalasri Gayatri (Gayatri Mantra is the fulfiller of all desires).


Those apart, the mantra also ensures that bad thoughts do not arise in one’s mind. It filters thoughts to allow only good and noble ones. It also increases one’s focus and concentration abilities.


The Gayatri Mantra was discovered by Sage Viswamitra. It was the same Sage Viswamitra who initiated Sri Rama. It is a Universal Mantra and can be chanted by anyone, irrespective of religion, nationality, gender, caste, creed or race. In fact, as Bhagawan Sri Sathya Sai Baba (Swami) puts it, this mantra can be chanted at any place and any time.


There are innumerable instances, public and private, where Swami has dilated on the power and potency of the Gayatri Mantra. One thing He always says is,


“Gaayantham Thraayathe Ithi Gayatri. (Gayatri is that which protects and redeems the chanter of the mantra.)”


Though I have heard and read this multiple times, the enormity of that statement hit me when I read an incident from the book, “Avatar’s Prescription” by Dr. M. Vijai Kumar (MD, DA). This book is a collection of experiences of this venerable doctor who has done free medical service for over four decades. It is the story of his association with Swami and the guidance he has received from his Guru and God. It is on page 109 of the book that he reveals this incident which makes our jaw drop in awe about the power of the Gayatri Mantra.

Bhagawan Baba chanting the Gayatri mantra. Play
it as you read the article. You will get the merit of
hearing the Gayatri Mantra a few times atleast! :)

The accident in 1985 that could have a different ending


In the year 1985, Dr. Vijai Kumar and several others were with Swami in an interview. Swami was speaking to all the assembled people. However, He seemed to evince lot of interest in talking with a six year old girl seated on her mother’s lap. The girl was asking Swami many questions in rapid succession and Swami was answering all of them with great patience and love. After a while, Swami gifted her with a photograph of Himself. Now, the girl wanted to know whether to put the picture in a big frame and hang it on the wall or put it in a small table-top frame.

“Put it in a small table-top frame...” Swami answered.
“Swami, where should I keep it? Should I keep it in my bedroom or in the living room?”
“Dear one, keep it on the window sill in your house - the one where there is direct sunlight. Then you can view it from your study table and well as from the living room,” Swami revealed in His omniscience.

The conversation went on and soon, the child seemed to be the sole focus for Bhagawan. All the while, the mother was sobbing silently but uncontrollably. Swami allowed her to cry. Everyone in the interview room were amazed at this unique interaction and were wondering why the mother was crying.

As if to appease everyone’s curiosity, Swami informed them in a very soft voice that the girl’s father had traveled on board “Air India Kanishka”.

Click to read complete article »
Posted by Aravind Balasubramanya at 8:57 am 38 comments: