Why should I be good? An answer inspired by the Master...

A small episode at the Yajur Mandir

It was a warm afternoon in the divine hamlet of Puttaparthi. Bhagawan Sri Sathya Sai Baba or Swami (as devotees reverentially address Him) was at His residence in the Yajur Mandir. He was listening to the Radiosai broadcast that day. Along with Him was also a lad who was massaging His feet. The discussion on the radio was on an interesting subject - whether atheists also could get liberation or the realization of the Ultimate Reality.
Prof. G.Venkatraman, a Padma Shri awardee in 1991 and the director at the Radiosai studios was fielding the above question. The answer he gave was this,
“No! Atheists cannot attain liberation. But if the atheist is a good person who does noble deeds, then, he will be blessed with a next birth into a god-loving family. Then, he will be able to attain liberation/salvation.”
While that answer by the professor seems like a convincing one for every theist, the lad who was with Swami was very intrigued by this question. He felt that maybe that was not the complete answer. Thus, he too was lost in his own thoughts about the question. After a while, he made bold to ask Swami,
“Swami, can atheists also attain liberation?”
Swami smiled and replied,
“Yes! Anyone who can give up dehabhimanam can achieve liberation.” 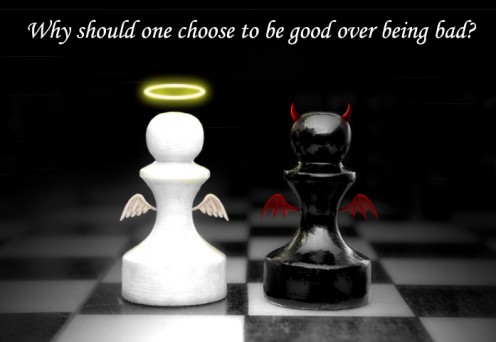 Before I proceed any further, let us clarify how Swami defines dehabhimanam or ego as it is termed in English. Ego is wrongly identified as vanity and pride. Swami states that ego refers to ‘false-identification’. Ego arises when an individual considers himself/herself as the body-mind complex. That is when the concept of ‘mine’ and ‘thine’ comes up. One begins to feel that this is ‘my family’, that is ‘my home’ or this is ‘my job’. Naturally, along with this also come the feelings that this is ‘not my problem’, that is ‘not my friend’ or this is ‘not my job’.
Swami says that when one feels as a separate entity, a being distinct from everyone and everything else, this is false-identification/ego/dehabhimanam. When one realizes the Truth that everyone and everything in the universe is a spark/subset of the same divinity and thus feels unity with all, that is correct-identification/egolessness/daivabhimanam.
And here was Swami saying that anybody who is able to give up false-identification or ego will attain liberation (irrespective of whether one is good or bad, theist or atheist).

A train of thoughts

Experience had taught me that every word of Swami is Truth itself. In fact, innumerable have been the instances which have proved that His word is the vedavakya and that once it is said even casually or in jest, it is bound to be true. So when I heard about this statement that Swami made, I was lost in thoughts of my own. And am sure, anybody who reads this statement too may get such thoughts. They went like this,
“If everyone is equally capable of attaining the ultimate/liberation, then why this emphasis on being devoted to God?" The mind is a specialist in extrapolation. Extrapolating Swami’s statement and needling me a little deeper, it asks,
"If everyone can get liberation, then does God not distinguish even between the ‘good’ people and the ‘bad’ people?”
I was plagued by this thought and try as hard as I did, I was not able to figure out an answer. Recently, I walked to my altar and sat in peace and quiet. I just prayed and told Swami,
“If both the theist and the atheist, the good and the bad have equal chance of attaining liberation, why should one love God or be good? Does not the Lord support the good and the devoted?” (Please note that this thought, in no way, intends to equate theists with 'goodness' and atheists with 'badness'! )
And then, there was silence as I sat. After a while, an answer formed within,

Click to read complete article »
Posted by Aravind Balasubramanya at 9:46 am 16 comments: