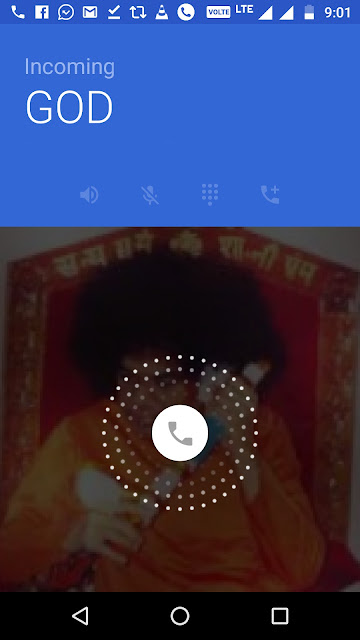 It was the summer of 1957. India, as a country was seeing a great many changes in its internal political map. The States Reorganisation Act of 1956 was in full force now and the boundaries of several states were being redrawn and the states were being reorganised on linguistic lines. It was a time of tremendous change especially for those people who were serving in government offices and administrative roles. A plethora of transfers, promotions, reassignments and marching orders were being issued and a lot of people were getting displaced. Among these thousands was one illustrious government servant who had served India well during the Second World War and the decade following that.

He had given his body and mind, blood and sweat in the service of his country but did not seem to be recognized for the same. Dozens of officers far below him in rank and junior to him in service had been promoted while he had been neglected and relegated to the background. He felt let down and dejected. Adding to his despondency was the fact that he was lonely in his Bhopal home as his wife was away - at her native village along with her parents. It would have been good had he remembered his God or his wife’s God - Bhagawan Sri Sathya Sai Baba - in such a scenario. But somehow, when one is drowning in a sea of sorrow, one is unable to remember anything or anyone. All one wants is for the comforting embrace of death to get away from the situation! Unable to bear his sorrow, he decided to end his woes by literally biting the bullet! Walking up to his bedroom drawer, he pulled out his service revolver and walked out into the living room. Steadying his grip on the gun, he ensured that it was loaded. Just to ensure that the weapon had the capacity to wipe out all his sorrows he even test fired it. He had no fear about the sound arousing the neighbours. It wouldn’t matter in a few moments anyway. Mentally seeking forgiveness from his wife, he placed the barrel of the gun to his head.


“DON’T SHOOT!”
Swami shouted in His room in Kodaikanal as He collapsed and slumped on the bed. Swami Satchidananda (a monk from Swami Sivananda ashram, the Divine Life Society in Rishikesh) had accompanied Bhagawan Sri Sathya Sai Baba to Kodaikanal and was witness to this strange incident. Till then, Swami had been reclining comfortably on the bed. He had suddenly stood up and shouted in His native tongue Telugu before collapsing back on the bed. As Satchidananda rushed to His bedside, he noticed that Swami’s body had turned stiff and near-lifeless. From his experience of staying with Bhagawan, he knew that Swami was off on a ‘transcorporeal journey’. But what was the situation this time and which devotee was being saved? Had Swami taken over some calamity on to His body? Only time would tell - that too if He willed it.

The weakness of wanting to commit suicide

Atma Hatya is the Sanskrit term for suicide and it directly translates into “killing of one’s soul (Atma)”. Strange isn’t it? Lord Krishna in the Bhagawad Gita said,
“The Atma cannot be pierced by weapons, burnt by fire, moistened by water or dried by the wind ( नैनं छिन्दन्ति शस्त्राणि नैनं दहति पावकः ।
न चैनं क्लेदयन्त्यापो न शोषयति मारुतः ॥)”
Why then is suicide called Atma Hatya and not Deha Hatya? We find the answer in what Swami once told a devotee who confessed of being plagued by thoughts of committing suicide. (This is recorded by Smt. Karunamba Ramamurthy in her book, Sri Sathya Sai Anandadayi.)

“However difficult life is, try to be its master and not its slave. Every human being has a preordained life span. It is like staying in a leased house. Before you actually vacate the house, you have to find another one to move in. Similarly, before leaving one body, God selects another body and a span, depending upon the karmic debts. In case death is inflicted arbitrarily, you are denying yourself a chance to work out your karma as early as possible and reach a permanent abode. In suicide, you are stranded midway. It would be a frightening state of affairs for you. There is no vacant space in nature. God has filled the space with spirits and many other invisible entities. When suicide is committed, they show up and terrorize you.

Click to read complete article »
Posted by Aravind Balasubramanya at 9:09 am 8 comments:

There are two ways to see the sun - directly and in a mirroring surface. Both of them give a measure of its grandeur, glory and majesty. So too, there are two ways to see God - directly and in a person who mirrors Divinity in his/her life. I know for sure that I have been lucky to see God walk on earth in the form of Bhagawan Sri Sathya Sai Baba. I am also lucky to have seen a person who mirrors my Swami’s divinity in his life. That person is Prof. G. Venkataraman or ‘GV sir’ as we all call him. And on the occasion of his 85th birthday today, the 6th of October 2017, I would love to share a few thoughts about this beautiful being.


GV sir has tons of accolades and awards from his brilliant career as a scientist. The Government of India conferred on him the fourth highest civilian award - Padme Shri. But that will not be the subject of this article. This is about how GV sir has guided me personally to stay focussed on the path laid out by my Swami.

GV sir was directly responsible for me joining Radiosai and for that, I shall be grateful to him throughout my life. As a student in Swami’s college, I was incredibly inspired by him as he conducted our Awareness classes with the wisdom of a sage, love of a father and passion of a researcher. But it was only after joining Radiosai that I could get a glimpse of the multi-faceted diamond that GV sir is. On the day of joining, Swami called us, Dhananjay and I, to take padanamaskar. He then instructed us simply and clearly,
“If you want to make Swami happy, make Venkataraman happy.”
That command gave me an idea about the immense faith Swami had in GV sir’s abilities and commitment. When we told this to GV sir, he was frank and straight, camouflaging his humility with his humour
“Look here! I am not an easy person to please. That is why Swami warned you. You may make Him happy but I may still not be happy. I am glad that Swami told you to make me happy! Now, let’s get to work...”

Nothing could swerve his attention from working for Swami. He would often be the first person into the office and the last person out of it. Being three times our age, he also seemed to have three times our energies to do Swami’s work. I was lucky to be a part of multiple projects that GV sir took up, blessed by Bhagawan of course. From Prema Jyoti (an exhibition on Swami’s life and teachings) to Prema Pravaham (the last ever programme of the last ever Birthday Celebrations of Baba in the physical) to the Sri Sathya Sai Archives (an edifice to ensure preservation and propagation in the physical form of the eternal teachings of Swami), GV sir’s attention to detail and hard-working nature were evident.

The Prema Jyoti exhibition was the first project I worked on under his able leadership. When Swami approved his plan for the exhibition to be held during the Guru Poornima of 2007, he dived into the task right from the beginning of the year itself. Summer arrived and Swami was leaving for Kodaikanal. He summoned GV sir and told him to pack up and be ready to leave on the divine odyssey. GV sir requested Swami whether he could stay back and work in Puttaparthi. Swami insisted that he should accompany Him and so, the professor carried all his notes, papers and preparatory ideas along to Kodaikanal. I had seen hundreds who craved to travel with Swami but GV sir was among a rare few whom Swami craved for travelling with Him! On this visit to Kodaikanal, he worked on the exhibition and the next time Swami took him in 2009, he recorded a very detailed and enlightening account of the Kodai festival for all of humanity to enjoy.


But it was not as if GV sir was a Karma Yogi exclusively. As he brilliantly presented in one of the Awareness classes, Karma Yoga, Bhakti Yoga and Jnana Yoga are three wheels of the tricycle called life. You cannot travel even if one of them is missing. You just have the choice and freedom to determine which should be your front wheel. Karma Yoga was definitely GV sir’s front wheel but it was backed and balanced by the wheels of Bhakti and Jnana.

GV sir believed that any good work is God’s work when done without any selfish interest. Swami, in fact, had told him on one occasion,
“Any good work you wish to do, you have my bountiful blessings.”

Click to read complete article »
Posted by Aravind Balasubramanya at 8:30 am 40 comments: