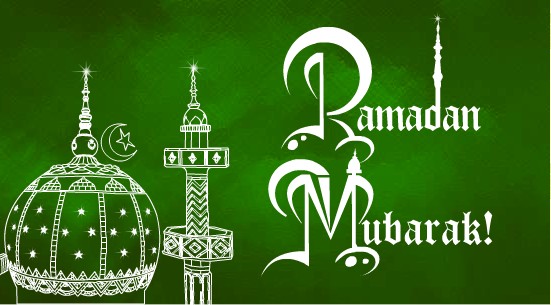 There are times in life when ‘nothing seems to happen’. The days seem so ‘daily’ and monotonous. The same things repeat themselves over and over again and one is unable to tell one day from the other - they are all the same! So little happens at such times that, if one were to write about it, a few lines will suffice - a page at best maybe. However, there are also times in life when so much seems to happen in so less time! A single day seems to carry the memories and insights of a lifetime. No two things happening at such a time seem to be the same and everything happening is so important. I am sure that everyone would have been through these two types of times. I am no exception.


The former I do not remember much - obviously! The latter, I remember several days with my best-friend and master, Bhagawan Sri Sathya Sai Baba. With the start of the holy month of Ramadan (or Ramzan) on the 9th of July this year, in 2013, I remembered one such fully-filled and fulfilled day during the Ramadan of 2006. That year, the last day of Ramzan was October 23rd. We, the students of the Sri Sathya Sai Institute of Higher Learning, decided to put up a programme in the divine presence of Bhagawan, commemorating the completion of Ramzan. There were also some students who had rigorously maintained the fast during the month and they wished to offer their efforts to Swami via this programme. After meticulous planning and rigorous practice, all of us put on our costumes and assembled in the bhajan hall of the Sai Kulwant hall. It was our hope that Swami would bless the programme and grant us the privileged opportunity of presenting it in His presence. But the Lord had different plans and, as always, it turned out for the better.
(Disclaimer - The happenings recorded here are to the best of my memory as recorded in my diary. They might not have happened in the exact order of narration here but rest assured that everything mentioned here did happen.)


An unexpected ‘inner’view on Islam

Swami (as Baba is affectionately called) used to grant darshan in the Porte car those days. Completing His darshan round, Swami alighted in the portico. He walked straight into the bhajan hall. Seeing us all wearing the traditional Muslim caps, He smiled. Then He walked in and sat on the chair. That was totally unexpected. We were thinking that He would bless us and ask us to put up the programme outside. Instead, He sat amidst us! We were simply delighted!


He looked at me and asked,
“What is the meaning of Ramzan?”
Having prepared for almost 2 weeks on precisely the same topic, I began to reel out everything I knew about it in my mind. My tongue, however, was not fast enough to catch up with the mind. It only said,
“It is a month long fast...”
“Not a month-long fast”, Swami corrected, “It lasts only from sunrise to sunset after which they eat very well.” He smiled and continued, “During the fast, not even saliva is swallowed.”


Soon after that came a lovely insight. Swami spoke about Upavasam or fasting. He said, “Upa means ‘close’ and vasam means ‘residing’. So, true Upavasam is when one resides close to the principles of one’s faith and religion.”


That was quite an insight about ‘fasting’. Swami continued. He looked at me and and asked me why I was in a Muslim costume. My heart answered and the words dropped from my mouth,
“Swami, I want to be near you. If that means I have to wear a Muslim costume, I shall wear that. If a Christian dress has to worn, I shall wear that.”
I should have stopped there. However, trying to be over smart, I added,
“Swami, I have no distinctions between religions. I follow you Swami. I have nothing like Hindu, Muslim, Christian etc.”
Swami immediately responded,
“I never said in that way (as to why a Hindu is wearing a Muslim costume). All are one. But be true to the dress you wear. Follow at least one religiously.”


The next question was about the Muslim cap or topee. Swami asked a little boy, Sathya (from Iran),
“What is the meaning of the cap? Tell me.”
The boy, who was in the 7th grade had no idea. Swami then threw the question open to everyone present - why should one wear the cap? Here were a bunch of students wanting to put up an ‘educative’ programme on Ramzan and nobody had the slightest clue about a regular Islam practice. But how can we be blamed. Even today, when I try Googling as to why the cap is worn, there is no satisfactory answer. The ‘best’ answer I came across was that Prophet Mohammed wore it while praying and so it is worn even today.  Swami then revealed the beautiful answer.


“It is done for the same reason why the Hindus shave the hair off their heads at places like Tirupati. Hair represents Tamas (sloth/lethargy). In fact tamas is represented by the color black. To progress spiritually, one has to give up tamas via rajas (passion, intensity, action and energy) and then move to sattva before going beyond the gunas (attributes) to become one with the divine. Therefore, to remind one that giving up tamas or sloth is the first step in spirituality, the hair is either shaved off or covered with a skull cap.”


Speaking about the significance of Ramzan, Swami dilated on the concept of ‘fasting’. Truly, it meant sense-control. And He said that sense-control meant keeping a restraint on all the 5 perceptions - Shabda, Sparsha, Rasa, Roopa, Gandha - sound, touch, taste, sight and smell. He went on to say that the senses must be controlled by harnessing the power of the Atma (spirit) and use the Buddhi (intellect) to control the mind. This must be done because the mind is the cause for either bondage or liberation - Mana Eva Manushyanaam Karanam Bandha Mokshayoho.
At this point, I raised my hand. I had a doubt that had been bothering me for years now. It was about a weakness of mine. Swami looked into my eyes and said,
“Your mind is a monkey mind.”
I just nodded in agreement. He continued,
“Not ordinary monkey - Pichchi monkey - mad monkey.”
Again, I just nodded in agreement. Swami smiled. Encouraged, I asked,


“Swami, you say that one should control desires. But at times, the desires come with such force and hit me. What to do at such times?”
Swami nodded, “Yes. Desires do come and hit strongly at times. At such times, stand firm.”
I wasn’t satisfied. I probed further, “Swami, what to do.... suppression?”
“No no! Not suppression but separation. ( Desires are not ‘you’. They can be easily kept away.) Desires come from far. You submit to them when they are far itself! However, what you must do is, even if they come close and hit you as you say, stand firm. Tell yourself that these desires are ‘not me’ and that they are ‘separate from me’. I assure you that though the desires may hit you twice or thrice, when you stand firm like that, they become powerless. But nowadays, people submit at the first hit itself!”
Swami continued on the topic of sense control. He asked,
“What do you do when you see a snake? Do you allow it to come near you?” He looked deep into my eyes at this point.
I nodded to say no.
(At this point, I recollect that Swami has said habits should be given up like one lets go of poisonous snakes. However, when habits turn into addictions, it is a slightly different process and Swami has beautifully explained how one should let go of addictions.)
Swami now made a connection with desires and poison.
“A snake has poison in the head. A scorpion has poison in the tail. But man today, with the sights he sees, sounds he hears, things he speaks, has poison in the eyes, ears, tongue, nose and skin! Remember that desires poison everything.”


Swami further elaborated how people used to be ideal and stick to virtues. He gave examples from the Ramayana. (I was struck about how He spoke about Rama during Ramzan. Isn’t it interesting that there is ‘Ram’ in Ramzan and ‘Ali’ in Diwali?) Swami said that when King Dasharatha had no progeny from Kausalya, for the sake of a child to rule the kingdom, he had to marry again. At that time, he sought permission from his wife Kausalya and only after obtaining the same did he seek Sumitra’s hand. Sumitra’s father too ensured the proper permissions had been sought. Again he had no progeny and a third marriage had to be entered. Again, Dasharatha sought permission from both his wives before marrying Kaikeyi.
Swami continued to give a few more instances from the Ramayana. All of us assembled were simply mesmerized by His spontaneity and wisdom. Little did we know that the session was about to blossom into something more personal, wonderful and poignant.

continued in the second part: A shower of wisdom from Sri Sathya Sai during Ramzan.

Also, use the Tweet and FB buttons below here liberally to share with your friends and family!
Thank you)
at July 15, 2013 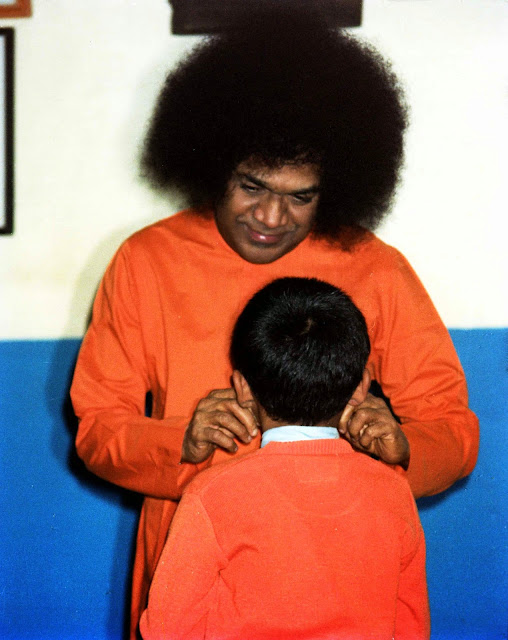